What is A Shot Glass? 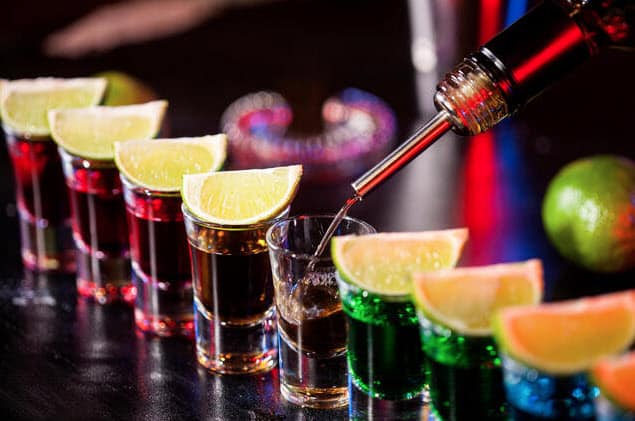 What is a shot glass? A shot glass is a petit bar glass that is used for measuring and serving small portions of spirits. They come in a variety of sizes, usually ranging from less than an ounce to over 3 ounces. Shot glasses are most commonly used for drinking liquor (or “taking a shot”), but they can also be used for measuring Espresso for coffee beverages or serving personal dessert portions.

A shot glass usually has a thick bottom to prevent it from shattering if customers hit it on the counter after the shot. Lots of people gather individual shot glasses from their favorite bars and tourist destinations as souvenirs. While shot glasses may not seem like an essential bar tool, they are definitely handy for making cocktails and coffee drinks.

The shot glass is a small drinking glass that is used to hold liquor. It is typically used to serve drinks such as shots or cocktails. The shot glass has a long and unclear history, but it is believed to have originated in the United States in 1930. There are three common theories about how the shot glass got its name:

No matter where the shot glass came from, it is now a staple of American culture and is used to drink everything from liquor to beer.

How Many Ounces In A Shot Glass?

A shot glass is a drinking glass that is specially designed to hold liquor shots. Contrary to popular belief, a shot glass does not always hold 1oz of liquid. In the United States, a shot is typically defined as 1.5oz, so most shot glasses hold between 1.5oz and 2oz of alcohol. However, shot glasses come in all sorts of different sizes, so it really depends on the country where you are drinking. Be sure to ask your bartender what the shot size is before you order.

1. Sizes Of A Shot Glass By Country:

2. How Many Ounces In One Shot? 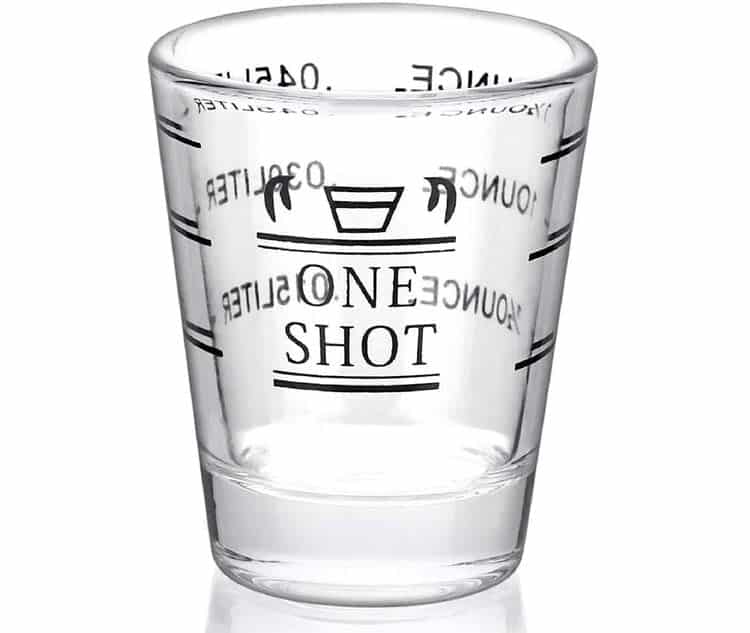 How many ounces are in a shot glass? The answer to this question depends on the size of the shot glass. Most shot glasses hold about 1.25 oz. to 1.5 oz., but there is no official standard size for a shot glass. Some shot glasses can be less than an ounce and others can be over 3 ounces, with the most common size being 1.5 ounces.

Utah is the only state that has a strict definition of a shot. In Utah, a shot must be 1.5 ounces in size. Bartenders in Utah are taught to pour shots at this specific size so that everyone is getting the same drink volume. If you are visiting another country, you may find different definitions of what constitutes a shot. In Australia, the average shot size ranges from 1 to 2 ounces while a shot is usually 0.5 to 1.5 ounces in Germany.

No matter where you are, though, it is important to know how many ounces are in a shot glass so that you can order your drinks correctly. Next time you’re out at the bar, be sure to ask your bartender what the shot size is and make sure you drink accordingly.

3. How Many Ounces In A Double Shot? 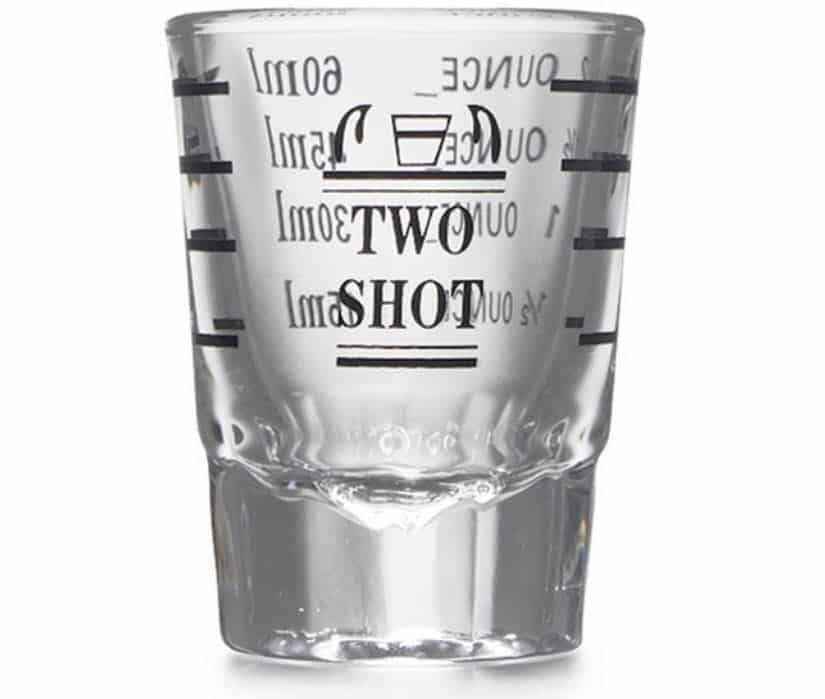 4. How Many Tablespoons In A Shot?

If you’re looking to make cocktails at home, you may be wondering how many tablespoons are in a shot. A shot glass is typically 1.5 ounces, so if you want to make cocktails that use shots as their measurement, then you’ll need to use 3 tablespoons per shot. Keep in mind that shot glasses come in all different sizes, so it’s important to double-check the dimensions of your glass before using it to serve customers. With this guide, you’ll be able to make delicious cocktails with ease. 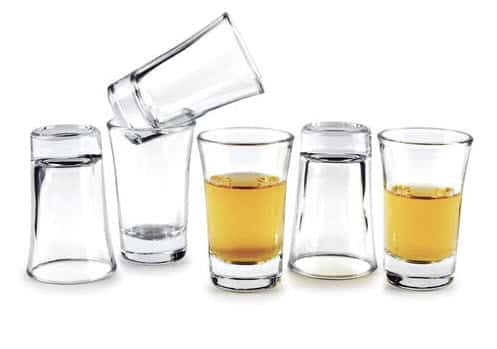 How many mL are in a shot? That depends on the size of the shot glass. For a small shot glass, the liquor is around 30 ml. A medium-sized one is at 44 ml. Whereas, the larger shot glass has a total of 89 ml content. So, how do you know how much liquor to pour for your shot? Simply use our shot glass size chart to find out! And, be sure to check out our tips for perfect shot glasses.

7. How Many Ounces Are In A Standard Drink Of Liquor? 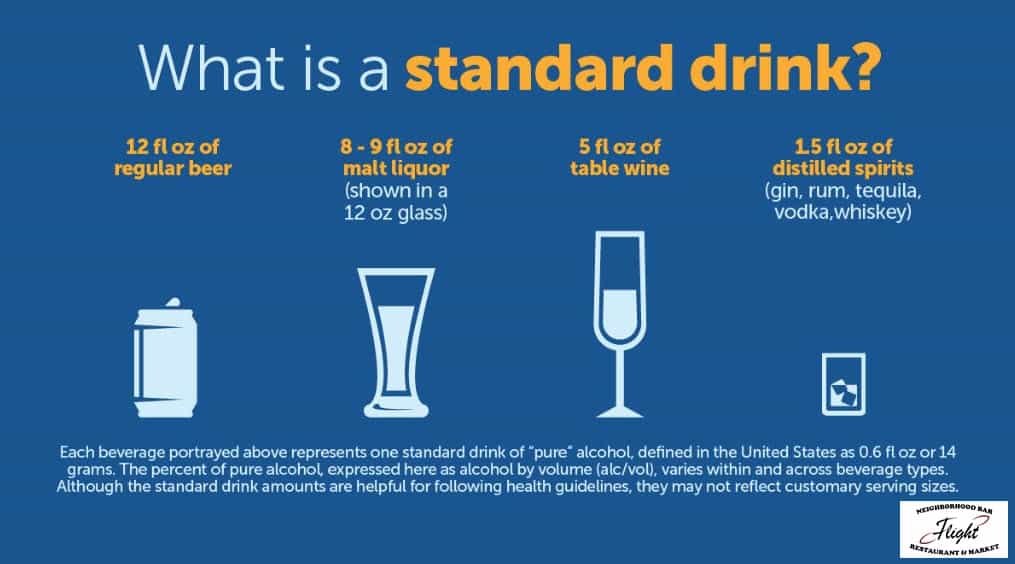 A shot is typically 1.5 ounces of liquor, while a standard drink is defined as containing 14 grams of pure alcohol. This means that there are typically about 11 shots in a bottle of liquor. A shot glass usually holds 2 ounces, so it’s easy to remember that shot glasses are generally filled to the brim with liquor. However, some bartenders will fill shot glasses with more or less liquor, so it’s always important to ask how much your drink contains.

Glasses that hold other amounts of liquor, such as tumblers or pint glasses, will usually have measurements printed on them to indicate how many ounces of liquor they hold. If you’re not sure how many ounces are in your glass, just pour your liquor into a measuring cup until you have the right amount.

Now that you know how much liquor is in a shot and a standard drink, you can easily keep track of how much you’re drinking. It’s also helpful to be aware of how alcohol content affects your drinking. Different types of liquor contain different amounts of alcohol, so if you’re not used to drinking hard liquor, start off with something like vodka or rum, which have relatively low levels of alcohol. Be careful though – even small amounts of hard liquor can pack a punch.

8. How Many Ounces Is A Glass Of Wine? 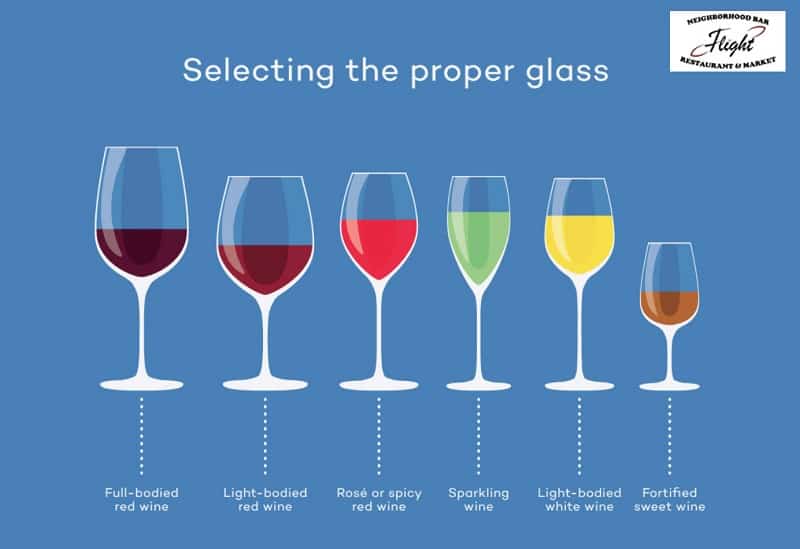 A standard drink is any drink that contains about half an ounce (13.7 grams or 1.2 tablespoons) of pure alcohol. Generally, this amount of pure alcohol is found in 5 ounces of wine. To put this in perspective, since a bottle of wine is 750ml, or 25 ounces, there are around 5 glasses of wine in a bottle.

International medical studies may have different standards of what constitutes a glass of wine. whiskey contains about the same amount of alcohol as wine, so one whiskey “shot” is also equal to one standard drink. Remember that these are general guidelines – always consult with your doctor or health care professional to get information specific to you.

How To Measure A Shot Without A Shot Glass? 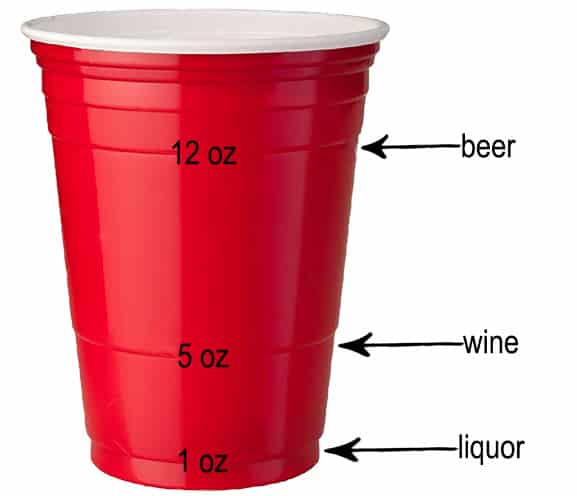 If you don’t have a shot glass on hand, there are several makeshift methods for measuring your cocktails. As mentioned above, 3 tablespoons are equal to a shot glass. If you have a teaspoon, 9 of them would be equal to a shot. You can also use the small measuring cup that comes with liquid medicine. Just remember that a shot is around 40ml.

No matter which method you choose, it’s important to be precise when measuring your drinks. This will help you make cocktails that taste their best and avoid any potential disasters. So next time you’re in need of a shot glass, don’t worry – just use one of these handy substitutes.

Difference Between A Shot Glass, Jigger, And Shooter:

There are three main types of glasses that bartenders use to measure liquor: shot glasses, jiggers, and shooters. Each one has a different appearance and capacity.

All three of these glasses can be used to measure liquor, but they each have their own unique purpose. shot glasses are the most common type of glass and are perfect for serving small amounts of alcohol. Jiggers are ideal for bartenders who need to measure larger quantities of liquor, and shooters are perfect for layered shots or cocktails.

1. How Many Ounces In A Jigger? 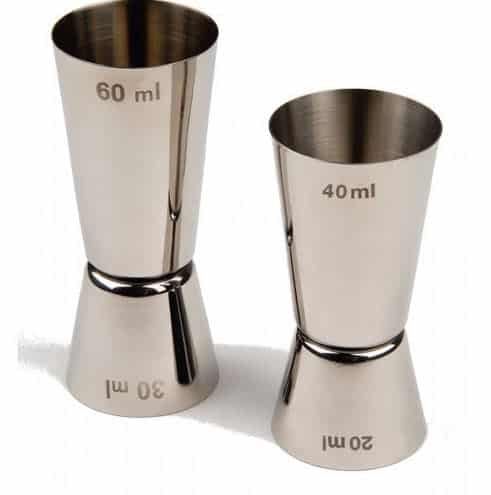 A jigger is a small tool used to measure liquor, typically in ounces. Most jiggers have two cups, one that holds 1.5 ounces and one that holds 0.75 ounces. While there are many variations, a jigger is generally considered to hold 2 ounces of liquor.

When measuring liquor with a jigger, it’s important to be precise. If you’re making cocktails, using the wrong measurement can significantly alter the taste of the drink. In general, it’s best to start with less alcohol and add more as needed. This will help you avoid making too strong or too weak cocktails.

2. How Many Ounces In A Shooter? 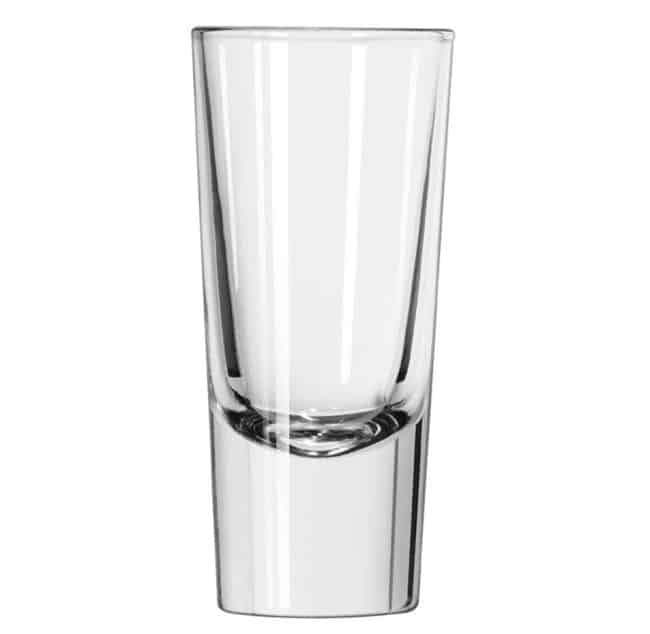 Shooter drinks are becoming more and more popular, especially in the United States. But how many ounces are in a shooter?

There really isn’t a set answer to this question since shooter recipes can vary quite a bit. However, most shooters contain between 2 and 3 ounces of alcohol. So, if you’re looking for a general rule of thumb, aim for shooters that have around 2 ounces of booze.

If you’re looking for a specific shooter recipe, though, always be sure to check the ingredients first. This will help you avoid any surprises when it comes time to pour your drink.

Difference Between Crystal And Glass:

Crystal and glass are both materials that are used to make objects such as bowls, cups, ornaments, and vases. However, there are some key differences between these two materials.

One of the main differences between crystal and glass is their appearance. Crystal is usually transparent or translucent, while glass is typically opaque. This difference in appearance is due to the different ways that crystal and glass are made. Glass is made by heating a material called sand until it turns into a liquid, and then blowing air into it to create bubbles. Crystal is made by cooling molten quartz crystal slowly until it becomes solid.

The final difference between crystal and glass is their durability. Glass is a relatively fragile material, while crystal is much more durable. This is because crystal has a higher density than glass, meaning that it is less likely to break when dropped or hit.

How Many Tablespoons In A Shot?

So whether you’re pouring a cocktail or shooting tequila, be sure to use the right amount of tablespoons. And always remember to drink responsibly.

Where To Buy Shot Glasses?

Shot glasses are a popular drinking vessel and are widely available online and in brick-and-mortar stores. If you’re looking for shot glasses, there are plenty of places to buy them.

Some of the most popular retailers for shot glasses include Amazon, Walmart and Target. These stores have wide selections of shot glasses in a variety of styles and colors. They also tend to be relatively affordable, so they’re a great option if you’re on a budget.

If you’re looking for something a little more unique, shot glasses can also be found in many gift shops. These shops typically carry shot glasses in themed designs, making them perfect as souvenirs.

No matter where you decide to buy your shot glasses, be sure to do some comparison shopping to get the best deal. shot glasses can be found for as little as a few dollars or as much as $20 or more, so it’s important to find the option that fits your budget.

The standard shot glass size is 1.5 ounces, but there are also larger and smaller versions of the shot glass. When making shots using a shot glass, it’s important to use the right size glass for the amount of liquor you’re using. Larger shot glasses can hold more liquid, while smaller shot glasses will be better for serving shooters.

There are many different types of shots that can be made with vodka, whiskey, tequila, and other liquors, so get creative and experiment with different combinations. Whether you’re new to shot glasses or an experienced bartender, we hope this blog post has helped you learn something new about these essential pieces of barware. Thanks for reading.

Read more: What Does Whiskey Taste Like? How Whiskey is Served?

Do you know how to open a wine bottle without …

What is hard seltzer? This may be a question you’ve …